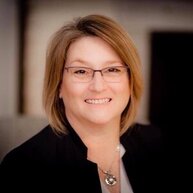 Kathy Mordini
Chairman, Head of Mural Programming
​
Kathy is a long time Belleville resident and downtown development trailblazer. Kathy’s passion for the arts drove her to own and operate Broadway Center of Arts on E Main St. in the 2000s where she taught dance and theatre classes to hundreds of kids over her 10 years of operation. Kathy also owned and operated Mosaics on Main where she produced live theatre, live music, art shows, and so much more! Kathy now runs a very successful real estate team, Avenue Realty Associates, that allows for her to continue her passion for developing community and promoting Belleville as a destination. 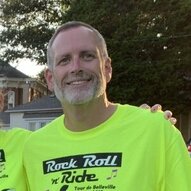 Stephen Dunn
Treasurer
​
Married since 1988 to Vicky. Have 2 children, Christopher (22) and Emily (16). Grew up in Centralia, and moved around quite a bit for work. Moved back to the area in 2010. Stephen owns a local delivery company and love to support local businesses. He is happiest being active outdoors. 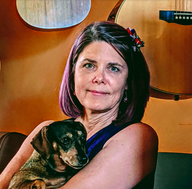 Jennifer Bernstein
​Secretary
​
Jennifer spent her childhood in many parts of the US, before coming to Illinois during her junior year of college. She graduated from SIUC and moved to Belleville for her first teaching job.
She resides in Millstadt with her husband Seth, where she raised her two sons. She taught school for thirty-four years, most of it at Signal Hill School in Belleville. She is currently on the Millstadt Library Board and the Belleville Mural Project Board. 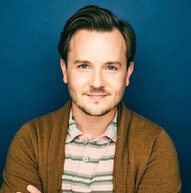 Stewart Calhoun
Head of Events
​
Stewart is excited to have recently returned to his hometown of Belleville after spending nearly fifteen years on the West Coast working in the design and entertainment industries. Stewart received his acting degree at The Theatre School of DePaul University in Chicago, after which he moved to Los Angeles to appear in the West Coast premiere of a play he helped develop at TTS. Stewart quickly gained recognition for his work on stage, earning him career-launching reviews in both Variety and The Hollywood Reporter. He went on to appear in numerous stage productions and a handful of independent films, national commercials, and TV spots. Working in film art departments as a set decorator led Stewart to also nurture his passion as a designer, and Stewart spent the last five years as the lead designer of an interior plantscape company in San Diego, creating custom plant walls, centerpieces, and moss art for both commercial and residential environments. Stewart is now back in Belleville to focus on family, to restore a historical home in the Empire Neighborhood, and to help bring beauty to Belleville!

The Belleville Mural Project is spearheaded by a group of young professional, local residents that
​LOVE Belleville. We love our walk-able, progressive community with culture, art, history, and diversity. 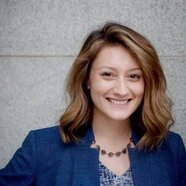 Kinsey Mordini is a lifetime Belleville resident and supporter, and is thrilled to be serving on the Belleville Mural Project committee. Kinsey moved back to Belleville in 2017 after spending three years in New York City finishing her undergraduate degree at Pace University. Kinsey’s studies were based around Communications and Arts & Entertainment Management. After graduating, Kinsey was hired at Clear Talent Group as the assistant to the Director of the New York office. It was on a short trip home for the holidays in 2016 when Kinsey realized Belleville is where her heart is. Kinsey now resides in downtown Belleville and is a realtor and Team Leader of the Avenue Realty Team KW Pinnacle. Kinsey is extremely lucky that her work and passion for building community coincide. Her job doesn’t end at the closing table; Kinsey loves being her clients’ go to resource for all things Belleville and the Metro-East. 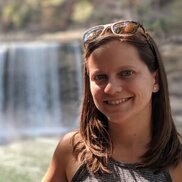 Gina Hall
​PR & Community Relations Committee
​
Gina was born and raised in south Florida and has lived in Belleville since 2014. Her and her husband, Sean, direct a nonprofit ministry called First Priority for local schools. They enjoy being active in the community and supporting ways to better our city. 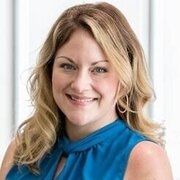 Jennifer Ferguson
Mural Programming Committee
​
Jennifer was born and raised in central Illinois, but has lived in Belleville since 2016. She’s been visiting Belleville her entire life to see her aunt, uncle, and cousins, and over the years, has witnessed major change in Belleville including the development of its quaint downtown, revitalization of its historic neighborhoods, and the attraction of a progressive group of energetic young people who take ideas and make them reality! She’s excited to be part of the Belleville Mural Project and looks forward to continuing to uplift the community and make positive change through art, culture, and community. Jennifer holds a degree in Journalism from the University of Illinois in addition to a degree in Leadership Development with an emphasis on non-for-profit management. She works at Washington University in St. Louis. She and her partner Justin also run a two-acre homestead in the heart of Belleville, turning a once-overlooked tract of land into an oasis, just one block off Main Street. 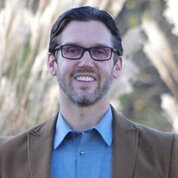 Justin Edgren
Mural Programming Committee
​
Justin is a multimedia artist, musician, farmer, and educator. He first came to Belleville to help develop the Lindenwood University campus in 2014 and since that time, has developed a sincere appreciation for the City of Belleville and all it has to offer. He delights in the development of the interactive art that has been established throughout the city because of the Belleville Mural Project and is excited to be part of this group. Justin and his partner Jennifer manage a two-acre homestead in the heart of Belleville where they grow much of their own food. It is important to him to be a good steward of the Earth and his community. Justin holds an MFA from Southern Illinois University-Carbondale in addition to degrees in political science and music. His work as an animator has appeared on Brazilian television and throughout Europe, and his original musical compositions and sound art performance have been included in festivals in the United States, Portugal, and Austria. You can often see Justin working his land, tending his bees, or training his pups out on the farm. 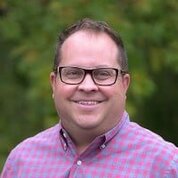